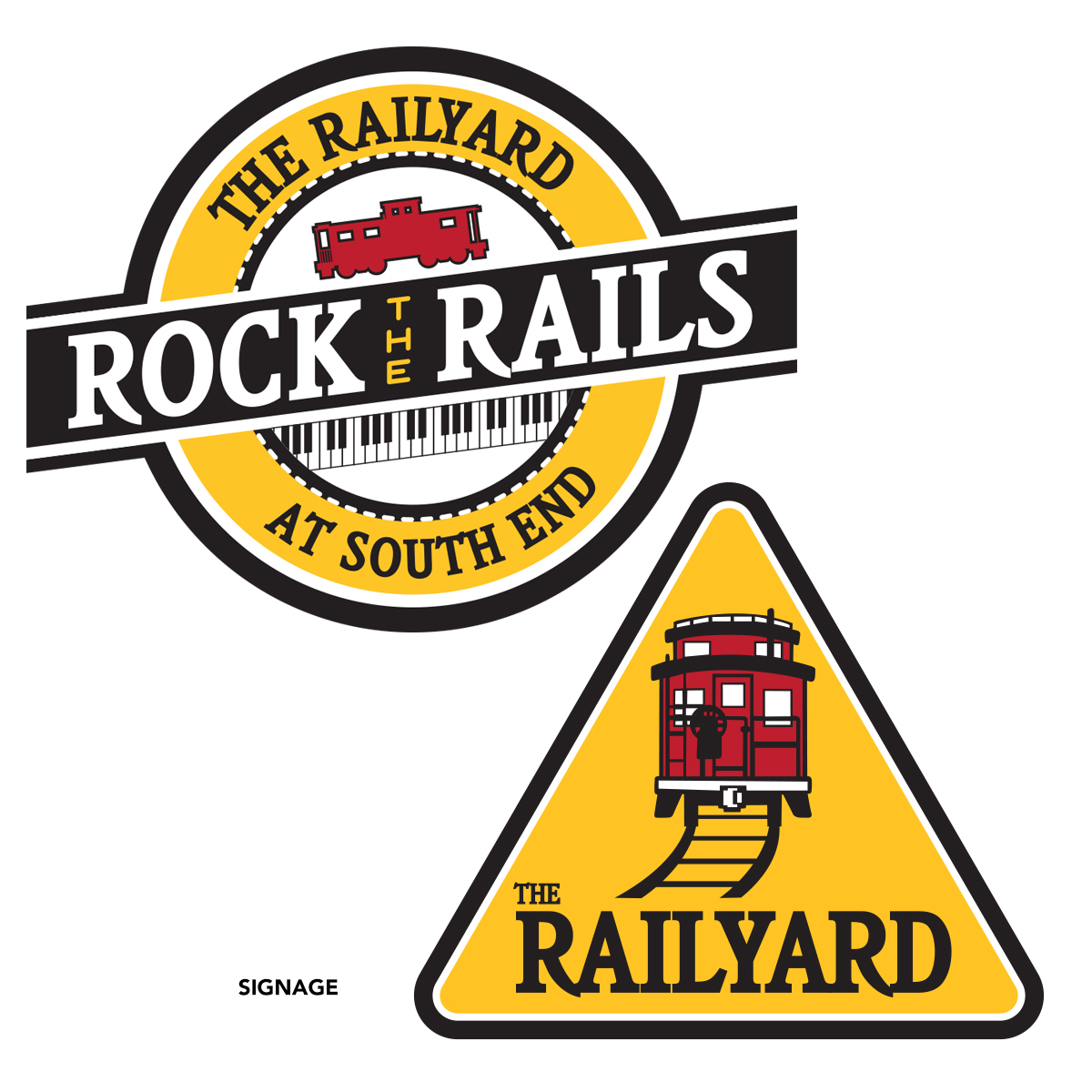 A summer concert series hosted by the Railyard in Greensboro, NC. This up and coming venue, in what was once an abandoned and forgotten space in Downtown Greensboro, leaned on us to fully develop the brand and vibe for the culture they hoped to foster. We conceived not only the name of this event series, but also developed its brand. We produced a series of posters that appeared around town to conjure up excitement and awareness as well as flyers that looked like “boarding passes.” These all played a roll in advertising the venue along side the traditional ads we created for local publications. 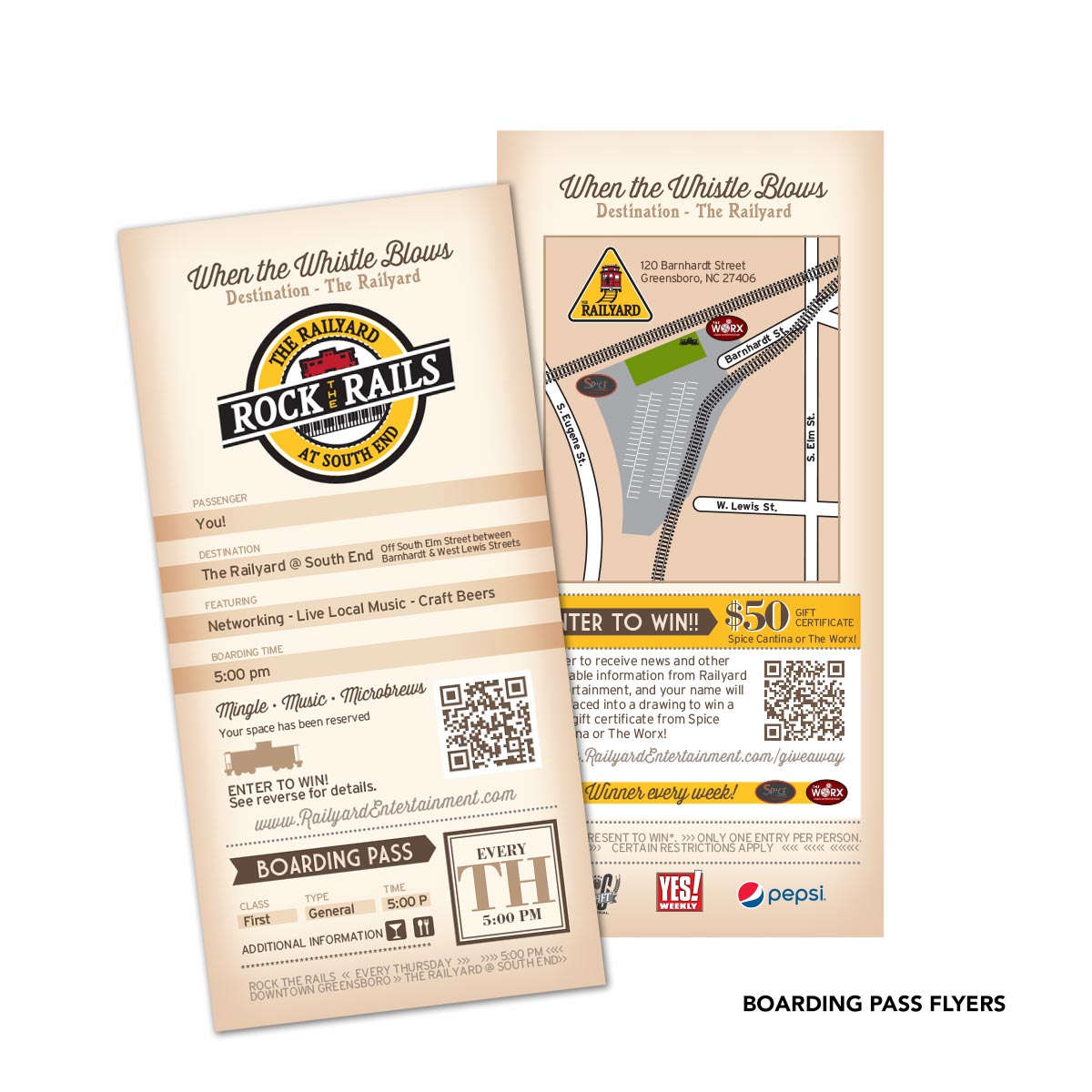 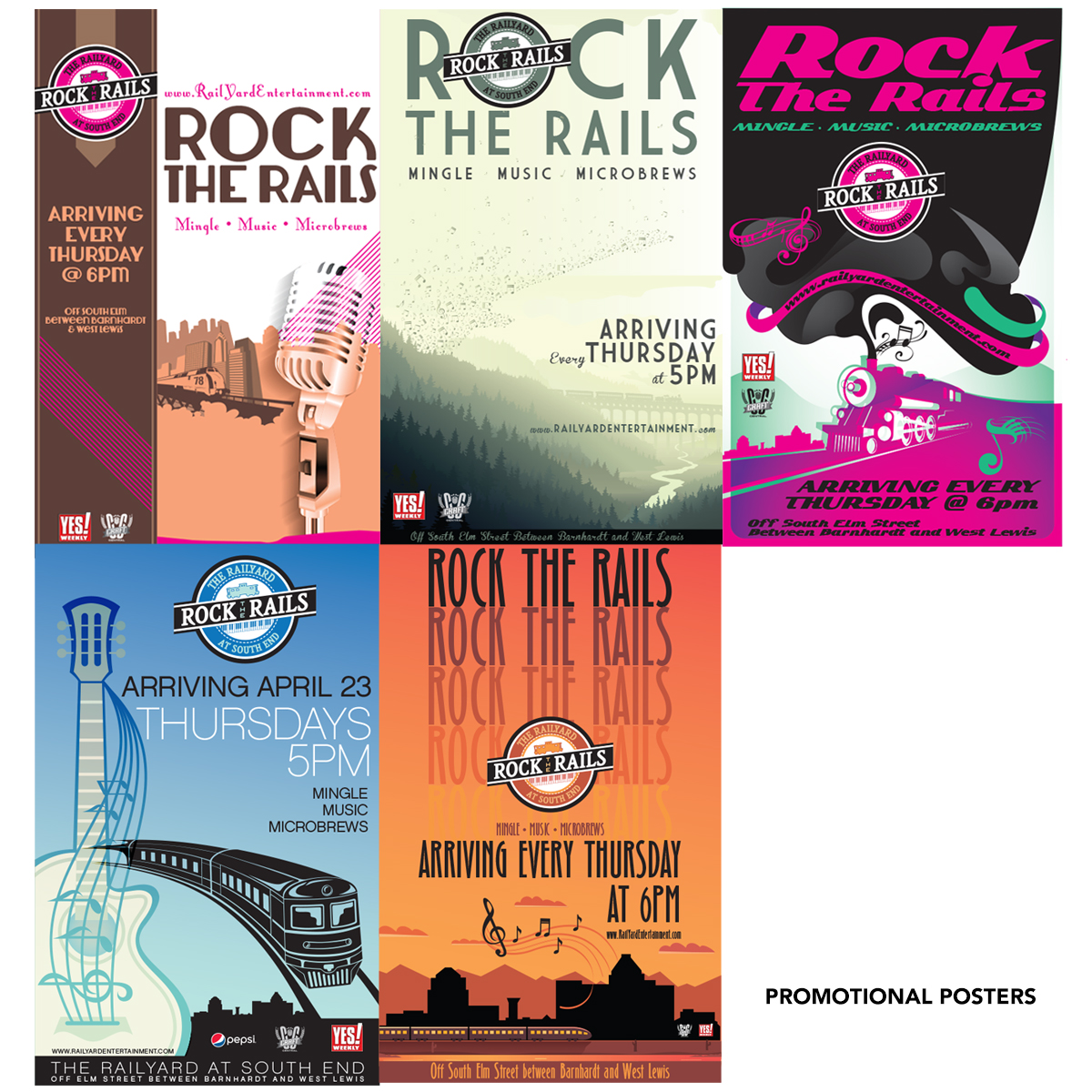 TELL ME MORE ABOUT YOUR PROJECT

Firefly Design is a creative graphic design studio located in the heart of the Triad in Kernersville, North Carolina. Motivated by ideas and offering thoughtful solutions with boutique-style service for over 15 years. Always striving toward the creation of the next big idea keeps the light burning with originality and freshness.